Last November I got this text from the pitching coach at Windermere Prep, just north of Orlando.

“Hi Randy, this is Billy Whitaker. I’m not sure if you remember me or not, but I went to West Florida and I’m the pitching coach at Windermere Prep. I have a group of kids that would like to do a Rocket Launchers Road Show here in January.”

It was no coincidence that one of our longtime students, Austin Bergner, had recently transferred to WP, sporting a 95 mph+ fastball.  Three other ARMory students were also in the WP pitching rotation —  Andrew Kane (now at Mercer University), UCF commit, Rylan Thomas, and Florida State righty, Chase Haney.

Billy introduced me to their fantastic head coach, Scott Hovarth, and we scheduled the event for January 24th.

Austin graciously agreed to help us run the 2-day camp, and at 8:00 am, Ty and I rolled in and set up shop in the locker room and on the field.

On the first day of the camp, Scott pointed out one of the attendees, a tall thin 9th grader named Michael Bacica. He said he thought Mike had a chance to be real good if we could help him clean up his mechanics.

As with every camp, we conducted a physical evaluation and a high-speed video analysis of throwing patterns on every student and took a baseline radar gun reading for every guy not reporting pain.

I believe Mike’s initial reading was 83 mph, but when I saw his video, frankly it scared the heck out of me. He barely used his lower half, and he had a hugeforearm flyout. On his eval form he reported a history of medial elbow pain.

If Mike continued to add velocity to that movement pattern, I feared he might break.

Throughout the weekend, Mike drank in all the information. When the camp ended, Mike and his parents sat down with Austin, Scott, Billy, Ty, and me, and he committed to our suggested plan.

Mike would spend the next 3 weeks working on erasing all his shoulder, thoracic spine, and hip mobility constraints, working on up-tempo throwing drills, and using a connection ball to correct the massive forearm flyout.

Some might have been tempted to attack his lower half issues first, but in our view, it was critical to clean up the arm action first. We feel like adding lower half energy to a bad movement pattern could be dangerous, so when in doubt we start getting the athlete’s arm action within the parameters of safety.

After 3 weeks he came to the ARMory for a check up. His forearm flyout had already improved to right at 90 degrees, so we added some lower half drills.

As his high school season progressed, I got work that Mike was continuing to work hard. By the time he came back to us in late May, his arm action was clean, he had added some lower half, and his velo was up to 87.

He came in a few more times over the summer, and in July I heard he busted 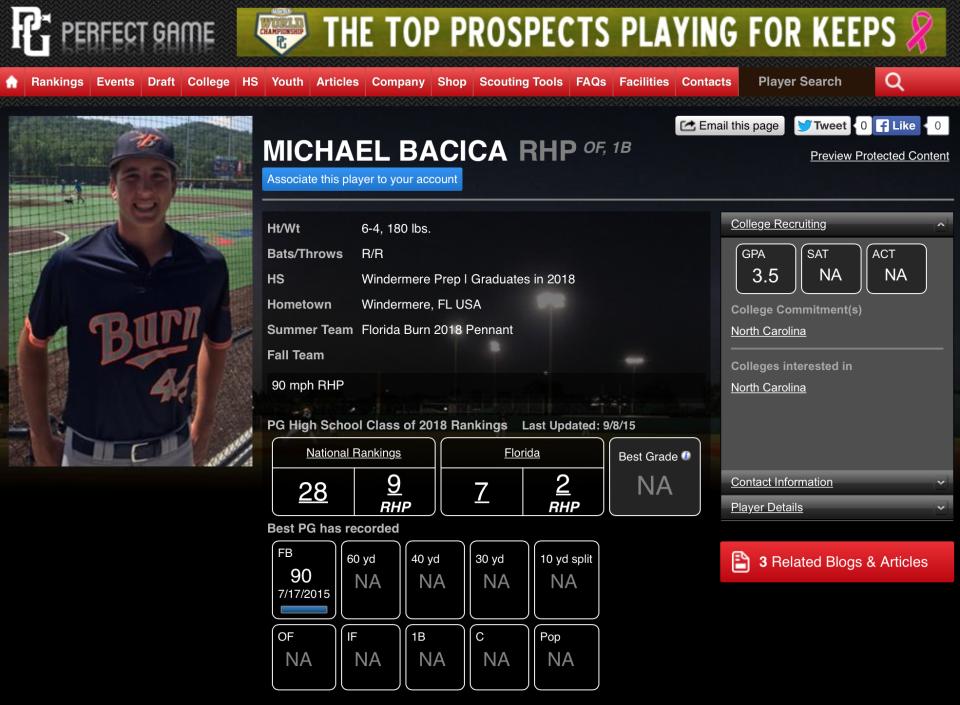 90 mph at a Perfect Game Tournament.

This past weekend, the Windermere Prep coaching staff invited us back for another Road Show and introduced us to a new group of eager young studs. This time Mike was there to help us run the camp, and I was thrilled to hear he had touched 92 mph and had

committed to the UNC Tarheels, where he would reunite with his teammate, Austin Bergner.

Mike’s dad was there, and after he recorded the video analysis he found the January video on his phone.  Here’s the still frame comparison. 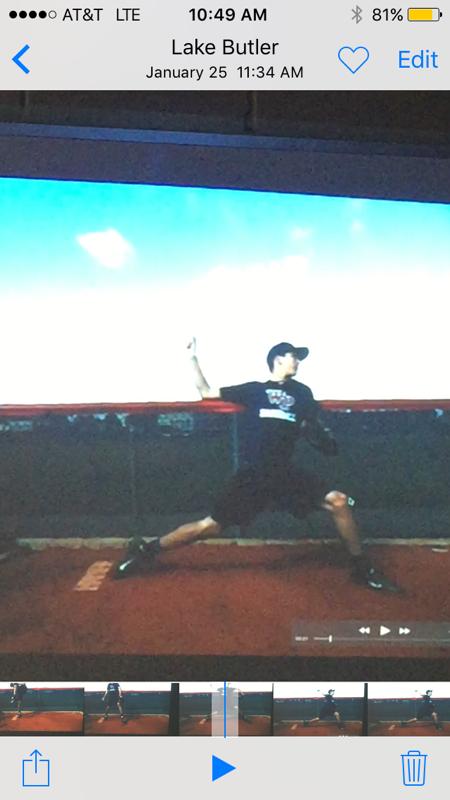 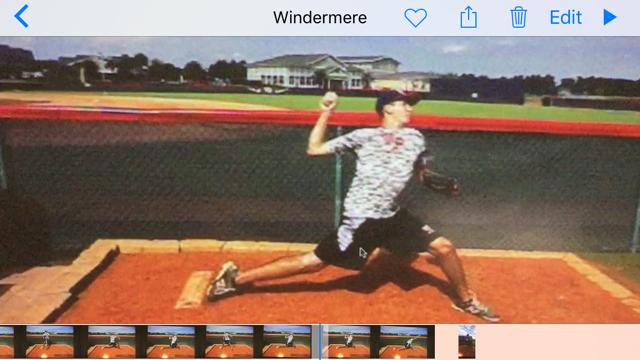 10 months… safer arm action… more efficient lower half… 9 mph and the fulfillment of a young man’s dream to play collegiate baseball, and he’s still got room for improvement.

Michael Bacica came to us hoping to get better.

But hope is not a plan.

A plan is a plan.

And if you have a plan, you have hope.

We gave Mike a plan.

And now his dreams are becoming a reality.

So what’s your plan?

Do you have one?

Or are you still operating on hope?

Come on in for a Precision Strike One Day, One on One Evaluation and Training Session, and we’ll get you set up on a plan that will help you achieve your dreams to.