Yesterday, I got up early, grabbed my backpack, threw on some shorts and a T-shirt and headed out to the gym for a little pre-work workout.

(I know… I was just talking about going to the gym in my last e-mail.

But something funny happened that I thought I’d share.

After the workout, I showered, shaved, applied the appropriate personal hygiene accouterments, put on my underwear, socks, and shirt, and then realized something tragic…

I forgot my pants!!

How in the world does a grown man leave the house and forget his pants?

At first I was pissed.

Then a little panicked.

How was I going to get to work, or even out of the gym with no pants?

I reached into my gym bag and pulled out the shorts I had been wearing.

They were drenched in sweat, so now I had a dilemma.

If I put them on over my clean underwear, I would probably have to deal with an annoying moisture and stinch for the rest of the day (not to mention the more devastating possibility of what might eventually become a cotton blend petri dish – a science project I did not wish to endure).

I put on my best MacGyver hat and made command decision… or should I say… a “commando” decision.

I was riding bare back…

In the immortal words of the great Tom Petty, I was free-ballin’! 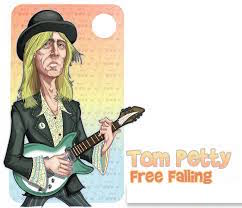 I cruised into the Sports Authority just as they opened and purchased 2 pairs of my trademark Nike dri-fit sweat pants (I now have 6 pair).

As an aside, I wear the same style of pants every day, the same ARMory Nike collared shirt (alternating between red and black, of course), and the same black sneakers.

I eat the same egg white omelette for lunch everyday (delivered by my staff to my desk at around noon), because I can wolf it down in approximately 35 seconds and get on with my day.

So… I changed in the parking lot, slipping into my fresh, clean underwear and my shiny new black sweat pants (unfortunate viewing for anyone who assigned to monitor the security footage). I arrived on time for work, sporting a Cheshire Cat grin and a little extra pep in my step – part adrenaline, and part full of pride in my uncanny ability to adapt and overcome in the face of a potentially overwhelming disaster.

I went on to totally rock the day!

So what’s the point?

I guess my point is that when faced with a crisis or a complex problem, sometimes the solution can be relatively simple, if you’re not afraid to try unorthodox ideas.

That’s how we’ve built the ARMory into the highly effective pitching laboratory it is today.         Simple solutions to complex problems!

Some in my industry would insist that to properly train pitchers, you need video at 3000 frames per second from 17 different angles, force plate sensors, biomechanical markers, EMG, PET scans, infrared, lasers and robot implanted microchips to produce “science based results”.

Don’t get me wrong.

I’m not against collecting data or being meticulously thorough.

For example, when dealing with arm pain, we currently evaluate each athlete for 48 possible physical and/or biomechanical contributors. Admittedly, that is a lot. And that is only part of the evaluation process which includes investigation for possible training-related factors, workload/periodization variables, nutrition, hydration, sleep, or psycho-social contributors.

The evaluation process is indeed complicated.

On the surface, the resultant individualized training plan appears complex, but it’s actually quite simple.

Our first order of business is to find a way for the student to make a single throw with no pain. That one pain-free repetition will often suffice to turn off the sympathetic nervous system’s pain response and desensitize the movement.

Once the movement is desensitized, we can begin to integrate more normal pain free patterns.

When find a throwing pattern that doesn’t hurt, we use intentional emotion as a booster for myelination of more efficient neuromuscular pathways.

Then we gradually add energy until they’re back.

It sounds complicated, but it really isn’t.

I once called it “rubber chicken” therapy.

If it hurts, stop doing it.

Find a way to move that doesn’t hurt.

When you throw a ball that doesn’t hurt, celebrate like you just won game seven of the World Series! I mean, have an internal mental dog-pile! Really let it lose!!

Then make another throw.

If it hurts, ignore it.

Then try a different intervention (a connection ball, a training sock, weighted ball, etc…) or a new pattern.

When you find something that works, imprint it with an emotional booster.

And let the athlete’s pain (or lack thereof) bring you home.

You see, when one of our athletes makes a pain free pitch, throws a fastball 0.1 mph faster than he ever has, or hits a target spot on, we have some ideas about mechanical efficiency that might have contributed to that success.

But if we’re honest with ourselves, we really don’t know EXACTLY what happened.

But his infinitely intelligent body does.

And if we get on board and ride the myelination/imprinting process, his infinitely intelligent body will always bring us home.

Our assessments are complicated, but typically the solutions to the problems we find are pretty simple.

Get a good plan together and work your tail off.

And pants are always optional.