“Don’t worry about the radar gun. Just throw lots of strikes, get lots of outs, win lots of games and the colleges will come looking.” That’s what I told my son. I couldn’t have been more wrong. He was an 78-81 mph left-handed pitcher with pinpoint control and a great arsenal of offspeed stuff. He was the #1 starter for his high school and his elite, nationally-ranked travel ball team.

He had the opportunity to showcase his talents in front of a multitude of college recruiters only to have them pack up their radar guns and walk away after only one inning. I knew we had to change something when I overheard a scout say “He’s pretty good, but he just doesn’t throw hard enough.” So began the journey. I feverishly researched and asked the so called “gurus” this question…..”How do you teach velocity?” The consensus was – “You can’t. It’s genetic. Trying to increase velocity is like trying to grow a bigger head.” THEY couldn’t have been more wrong.

My research was largely influenced by the teachings of Ron Wolforth at the Texas Baseball Ranch. Gradually, I became aware that genetics plays only a minor role and that with the right approach and proper training, one could learn to throw with greater velocity, command and durability.

I soon realized that my experiences as a physical therapist, a Division 1 Academic All American College Baseball player, and a successful coach at every level of amateur baseball over the past 20 years, had created a unique blend of skills that could be used to help others. Thus began The ARMory Power Pitching Academy.

Since opening our doors in February 2011, we have seen over 135 of our pitchers eclipse the 90 mph threshold, many of those signing Division 1 or 2 scholarships. We’ve also had 15 guys drafted and have worked with several major leaguers.

The ARMory has provided the vehicle to continue our lifelong pursuit of answers to the question “Is it possible?”……… It is with both humility and confidence that we forge ahead in helping young men achieve their dreams.

Special thanks to my friend and mentor, Ron Wolforth and the entire Texas Texas Baseball Ranch staff. You guys are truly brilliant and inspirational. 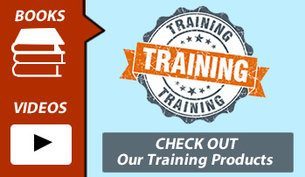 It’s your turn…
Click Here to Check Out Our Training Series
& Get Started Today!