This morning I saw a 15 year-old pitcher named Mason from Weatherford, TX for a Precision Strike, One-Day, One-on-One Evaluation and Training Session.

He had previously worked with my friend at The Texas Baseball Ranch, Flint Wallace, who is in my opinion one of the best coaches and one of the most brilliant baseball minds in the business.

Mason is a great kid from a great family with a great chance to be really great.

He and his dad went ALL IN and got the head-to-toe physical assessment, the video analysis, the power building work out, The ARMory Strong Hyper-individualized Weight Training Program and The Rocket Fuel Nutrition Program. They also joined my Insider Platoon., making me Mason’s personal-care concierge.

As I was conducting the video analysis, something occurred to me that I thought I’d share.

I don’t know exactly where I first heard this quote:

“A pitcher’s delivery MUST be shaped by his intent.

There was a time when I viewed it as an indisputable truth.

It has been at the core of our approach for years. I actually put a segment about intent in the very first book I ever wrote back in 2010. Verbal cues, choreography, and cookie cutter programs are inhibitory and dangerous.

INTENT, my friends, is the king — the lynchpin of all training.

But the more I learn about training, the more I realize how careful we need to be with intent.

Tell a kid to throw the ball as hard as he can, and according to Paul Nyman’s Bernstein Principle, his body will organize itself to accomplish the overall goal of the activity.

Often, if a coach provide the intent or goal , the athlete with will find a way to get it done.

But as Coach Ron Wolforth recently pointed out in his discussions on Training Corruption (the theme of this year’s Ultimate Pitching Coaches Bootcamp),

“The Bernstein Principle assures the body will find ‘A’ way. It doesn’t promise the athlete will find the most efficient way.”

As I presented Mason and his father with a slide show explaining what we would be looking for in his video analysis, I found myself saying several times, “This problem is usually the result of a pitcher who is desperately seeking energy.”

Many of the most significant inefficiencies we see are the result of an athlete with the right intent finding the wrong organization to accomplish the goal.

Here are a few examples:

Let’s start with the 500-pound gorilla everyone on the internet is talking about… the Inverted W, (elevation of one or both elbows above the shoulders during the early acceleration part of the throwing motion).

I’ve read so much about this movement pattern that, frankly, I’m fatigued.

Some say its ok or even encourage it, pointing to multiple big league power pitchers who demonstrate the maneuver.

Others say its dangerous must ALWAYS be eliminated.

One internet guru present still photos injured inverted W pitchers who have been injured in sort of a “Told ya!” affirmation of his theory.

So is the Inverted W good or bad?

I do know this.

The inverted W clearly moves the head of the humerus forward and downward and toward the rim of the glenoid making it a possible contributor to pain. Therefore, in the presence of pain, it must go.

Also, if the Inverted W is still present at weight bearing foot plant, it should also be eliminated. I can’t imagine how one can safely whip the arm though the throwing motion that late in the delivery without incurring a significant tax on the elbow and shoulder

But the purpose of this article is not to poke the noses of the Inverted W Nazis on either side.

Instead, I wonder if anyone has ever asked why a pitcher would choose such an organization.

In my experience, pitchers who present with inverted W’s often have poor glute activation strategies:

Take a look at these two guys.

See how quad dominant they are? Their inefficient low half management leaves them desperately seeking energy in their upper half.

They have found “A” way to match their intent.

They have not found the most efficient way.

Why do they choose this pattern?

They are desperately seeking energy!

What about “the pronated takeaway”?

In this move, the pitcher breaks his hands over his leg and swings it back, 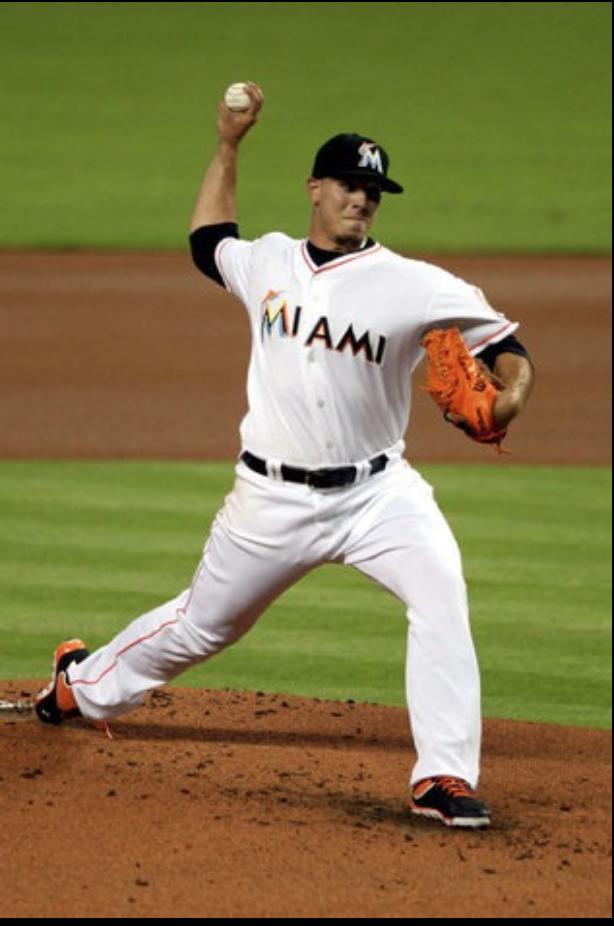 pronating his forearm and pointing the ball at second base. This pattern can be a contributor to medial elbow pain.

When the forearm is preset in hyper-pronation, it must be supinated to get the hand behind the ball to throw. The neurologic law of reciprocal inhibition kicks in and the first responders of the forearm are turned off at a critical time in the delivery placing the UCL at risk.

So why would an athlete choose to point the ball to second base?

They are desperately seeking energy!

How about this one?

Counter-rotation of the torso on the pelvis: 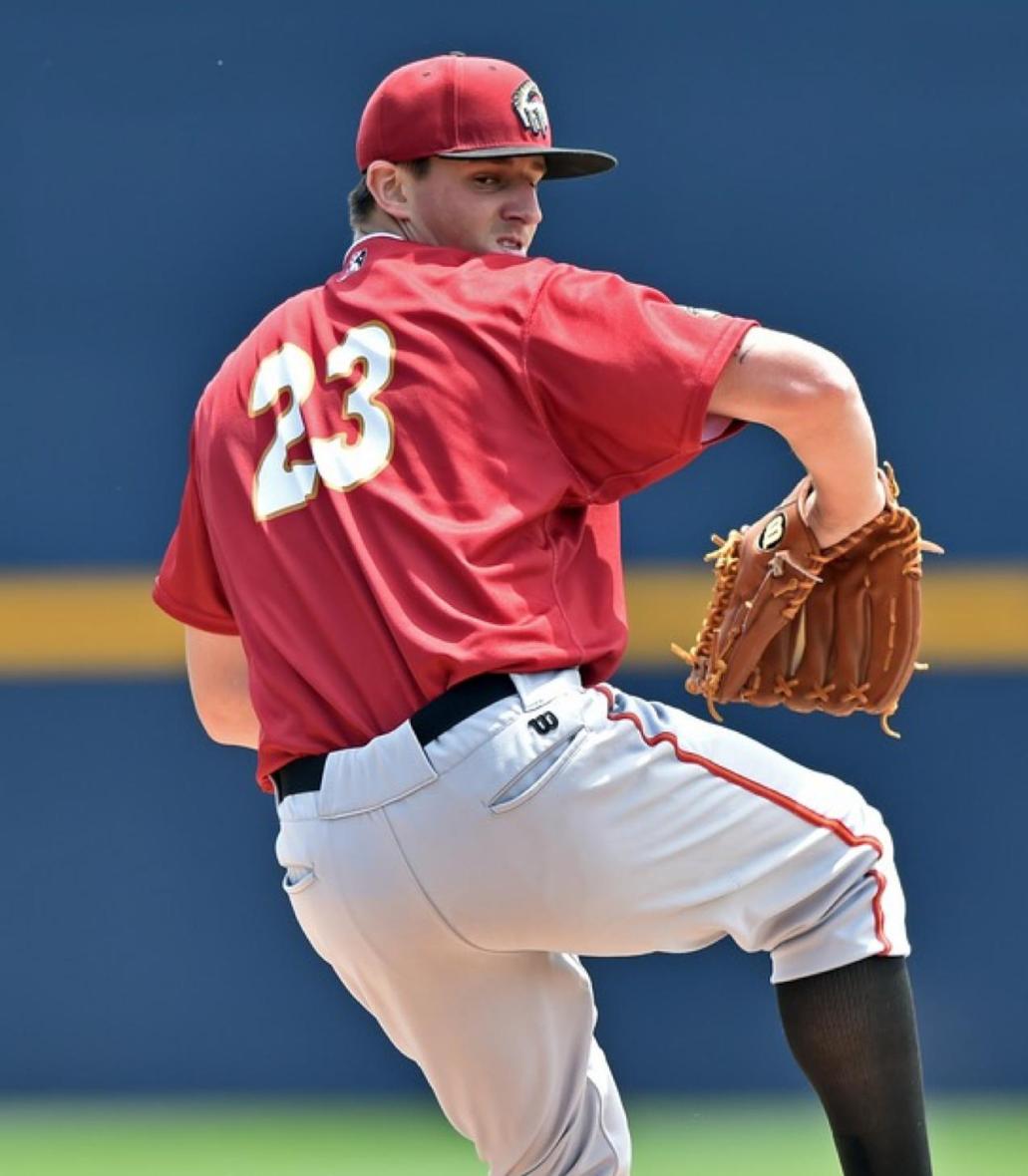 Coach Wolforth recently identified this as an inefficient substitute for a good lower half. Again, lots of big leaguers do this. My take is this: If you’re already throwing 95 mph go ahead and do it. If not, there is a better way to manage your lower half. But the same question arises…

Why would a pitcher do this?

The same can be said for almost any biomechanical inefficiency:

Bernstein is always at work. Your body will organize itself to accomplish your goals.

Better make sure the goals are good.

And you better assess and reassess the manner in which your body is organizing itself to avoid training corruption.

My body is desperately seeking caffeine!!!