Escaping The Cult of Average

So this just came tumbling out of my subconscious.

One of our clients just sent me a link to a TED talk by Shawn Achor that got me thinking.

Back in January at the ABCA in Orlando was abuzz with the new catch phrase “science-based”.

“If it’s not based in science, its not true.”

“Make sure you have data to prove that.”

“If you can’t prove it works you shouldn’t do it.”

As a physical therapist, I consider myself a scientist.

I’m all about evidence-based practice, and peer reviewed literature, but you have to be careful when you’re talking science.

You see, the purpose of the scientific method is to construct an accurate, reliable, self-consistent, non-arbitrary representation of the world.  In doing so it seeks to identify trends, commonalities, and averages.

But the rigidity of the scientific method, while important for limiting bias and suppressing charlatanism can also inhibit innovation, creativity, motivation and exceptionalism.

Achor illuminates the problem with the following example.

“Ask a group of scientists how fast a child can learn to read in a classroom, and they’ll change the question and ask how fast does the average child learn to read in that classroom. Then we tailor that class right toward the average. If you fall behind, we’ll work very hard to make you normal or bring you up to average…. And if you study what is merely average, you’ll only get what is average.”

I’ve written about this in the past, but here is another good example.

In the ASMI’s important and laudable landmark study titled “Risk of Serious Injury for Youth Baseball Pitchers – A 10-Year Prospective Study” (Am J Sports Med. 2011 Feb;39(2):253-7. 2010 Nov 23) researchers studied a group of five hundred 9-14 year old pitchers over a 10-year period. They determined that kids who pitched more than 100 innings in a calendar year “seemed more likely to be injured, and this trend was almost (statistically) significant.”

According to the report, 4 of 29 subjects with over 100 innings logged experienced serious injury (defined as an injury requiring surgery or permanent cessation of play).  20 of 452 pitchers who did not record more than 100 innings were aslo injured. As a result of the study, youth pitchers were advised to reduce their risk of injury by never to throwing more than 100 innings in a year.

Even though the numbers did not achieve statistical significance, limiting the number of innings among youth players seems like a very good idea. I have no problem with it as a starting point. However, I think if we stop there, we’re missing some very important questions.

Of the 29 heavy workload pitchers in the study, only 4 were injured. If you’re one of those 4, you probably wish you hadn’t thrown so many innings. But rather than simply pulling back the reigns on all pitchers and calling it a day, I would prefer to study the 25 pitchers that recorded over 100 innings and didn’t get hurt.

What did those guys do to bulletproof their arms?

What were their physical attributes with regard to mobility/stability?

What were their biomechanical patterns?

What did their training, conditioning, preparation, nutrition and recovery entail? Let’s look at those guys and use that information to help everyone find similar results.

We recently experienced a similar dilemma here at The ARMory

Check out the results of this study we conducted last month on the virtual significance of nothing. 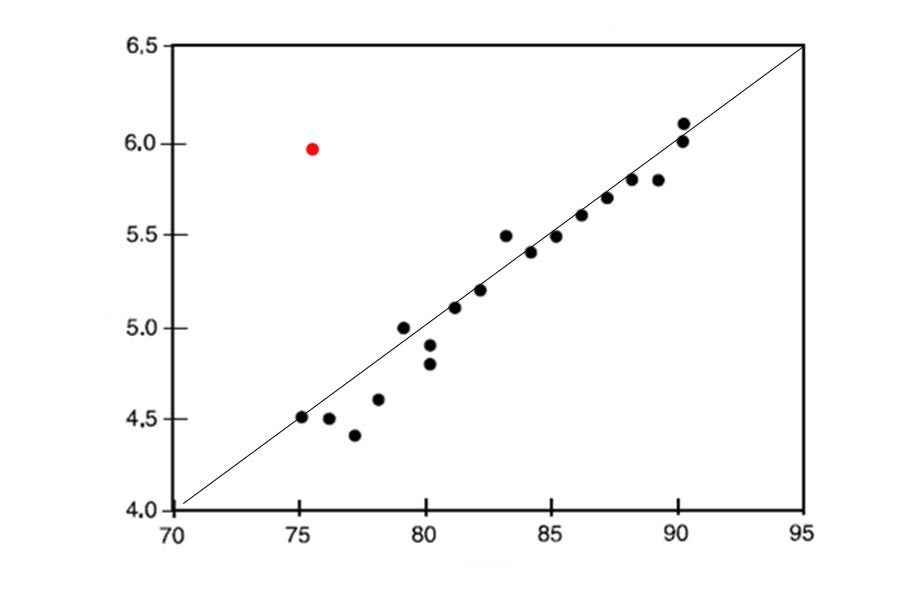 In the science world, this data is a slam-dunk, statistically significant “line of best fit” indicating a clear trend. In the scientific community,  (if the data wasn’t totally made up), this study would be indisputable and highly publishable.

Except for that one little red dot on the top…

Science would tell us to delete that outlier from the study.

The baseball world would tell us to ignore him as a freak – a one in a million guy that no one else could ever hope to become. 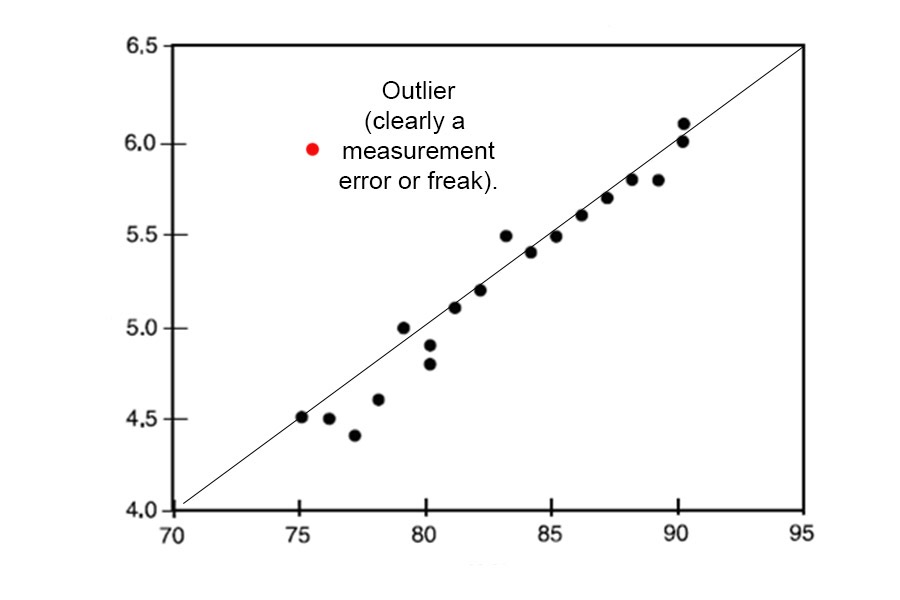 I want to find out what it is that makes that guy special.

Nolan Ryan was that guy

I want to study THAT GUY so my players can learn from them and become THAT GUY!

While science seeks to find common denominators among the normal, it propagates what Achor calls “The Cult of Average. Average is a code word for mediocre, and that is not our goal at The ARMory.

If we study the outliers and freaks, instead of just focusing on the average, we can glean information that not only raises people up to the average, but also raises the average for everyone.

Are you ready to become an outlier…a freak…a dominant stud with a Kevlar arm?

Then the  ONLY time to do that is during the off-season.

And that time is here…

That time is now!

Categories: Uncategorized
Previous
How Long? Yes!!
Next
No Pants Required