The Island Of Misfit Pitchers

When I was a kid (back when we did our homework on stone tablets) there were no DVDs or Netflix, and we only got 3 stations on TV. One of my favorite parts about the Christmas season were the holiday cartoon shows. “A Charlie Brown Christmas” was a classic, and I loved “The Grinch Who Stole Christmas”.

But my personal favorite was “Rudolph the Red Nosed Reindeer”. One of my favorite parts was when Clarice told Rudolph he was cute. He danced around shouting, “I’m cuuuute! She thinks I’m cuuute!!!”

I always laughed at that. 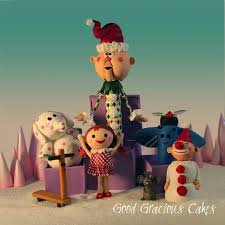 And remember when Rudolph, Hermey, and Yukon Cornelius got stuck on the Island of Misfit toys? Charlie in the Box and the Spotted Elephant have always held a special place in my heart. I’ve always felt a special link with people who have been cast aside and told they’d never be able to do something.

Yesterday morning during our 10:00 class I was pleased to reunite with some old friends I hadn’t seen in a while. The college kids are home and they’re all starting to filter in. As the class of 9 (7 guys, 2 girls) completed their warm up and settled into their assigned throwing lanes, I was given reason for pause when a thought struck me.

Take a look at this picture: This was today’s lineup: 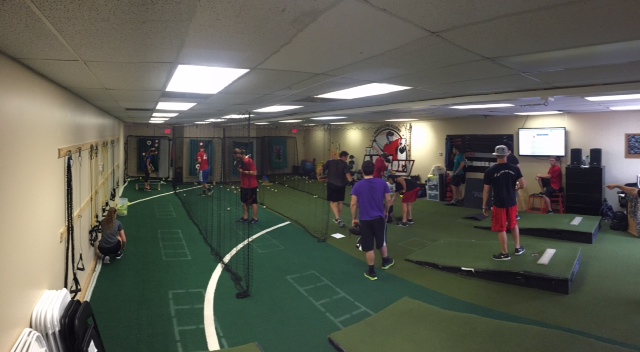 Our four instructors for the day (me, Ty, Josh, and Sean) were all underdogs and overachievers according to world’s standards.

Over there in lane 4 are Derek and FT.

FT is a righty who plays at a nearby NAIA school.  He had some medial elbow pain, but we helped him solve it ,and he’s beginning to bust 90 mph on a regular basis.

The lefty in that lane is Derek. He was a “dude” in high school until his elbow blew out. He’s now 3 years removed from Tommy John surgery, but was struggling to throw harder than 84 mph. He worked at it all summer and this fall at his JUCO, he threw very well, topping out at 93mph on scout day. Nonetheless his coach cut him a couple of weeks ago, stating that he’d rather keep a guy of lesser talent who was more in tune with “their philosophy”. See, Derek used to come to The ARMory on his own time, and the coaches didn’t like that. We made a few calls and Derek now has a scholarship to Weatherford College, one of the most prolific producers of divison 1 and pro caliber pitchers in the country.

Lane 3 is the rehab lane.

Matt is a pro. After making the all-star team in high A ball and topping out at 97mph, he struggled down the stretch and got released. He came back with a forearm flyout and medial elbow pain — nothing major, just a little tweak —  and he’s working his way through it with ARP wave therapy and corrective drills.

Mike is a college sophomore who has suffered from medial elbow pain since he was 8 years old. We sent him to Dr. Eaton this past summer and he had Tommy John surgery 20 weeks ago. He comes in three times per week and will be back on the mound by the summer.

Also in lane 3 is Connell, He’s a senior at Wofford College in South Carolina. He has a degenerative elbow and a drove down for ARP wave therapy and a Rocket Launchers Training Camp. During our eval, we noticed he had early torso rotation and forearm flyout. We started re-patterning his arm action, and yesterday when I asked him how he’s doing, he smiled and said, “It feels great to throw without pain.”

Over in lane 2 — the velo lane — are a couple of  guys with an Iowa connection.

Ryan Gaumer is a college freshman from Iowa who now lives in Ft. Myers. When he came to our Rocket Launchers Training Camp in August, he had severe pain in the front of his shoulder. It hurt so bad that he couldn’t scratch his head, let alone throw enough to adequately learn all the throwing drills. He wondered if he might need surgery. He studied the drills, and after the camp he started training with us 2-3 times per week. He’s now pain free and throwing rockets at 87 mph. 90 mph is right around the corner for him.

Also in lane 2 is Collin.

I wrote about him in an earlier email. Collin is a professional football player – a 6’6” tight end. He’s a SoCal guy who played college football at Iowa State and then played for the Tampa Bay Buccaneers. Collin came in second place in the Florida region during the pitching velocity contest presented by the producers of Disney’s “Million Dollar Arm” movie. When he threw 86 mph having not thrown a baseball since high school, he began to wonder if pitching might be a better option than banging his head against defensive tackles for a living. He’s now topping at 92 mph and climbing and is considering a run at independent league baseball this summer.

Two sisters, Ashley  (age 15) and Casey (age  17). Casey is softball catcher who has signed a national letter of intent to play at Virginia Tech. Over the summer she sustained a rotator cuff tear and was contemplating surgery. But we rehabbed her and changed her elevated distal humerus throwing pattern, and now she’s bumping 72 from behind the plate. Her sister Ashley had a labrum tear and is working her way back as a prolific pitcher. She’ll get there soon. I have no doubt.

So here they all were, grinding away.

I surveyed the room and my heart grew warm.

I thought, “This is the Island of Misfit Pitchers.”

I stopped the class and asked our intern, Josh to turn down the music.

“Listen up.” I said. “Raise your hand if you’ve ever been told you’d never make it … that you weren’t good enough … that you don’t have what it takes.”

Every hand in the room went up, including mine.

Then I said, “That’s great! I love it! This is my kind of place. You guys are my kind of people. The world out there, they think they know. But they don’t know! Look around you. Look at us. Those people out there think they have it all figured out. But they don’t know! They don’t know how we grind! They don’t know that the pursuit of excellence is in our hearts and in our souls. When they underestimate us that is good, a huge advantage for us. When they are spiteful or conniving, that is also good. Then we don’t have to apologize when we make an example of them. When they are critical or question our abilities, that is great! Lower expectations are easier to exceed. I couldn’t be more proud of the group we have in here grinding today. In reality, the world out there doesn’t know much. But soon they will know something. The message will come through loud and clear – that from this island of misfit pitchers, from this cast of characters who have all felt the pain and heartache of rejection, GREATNESS WILL EMERGE!”

If you would like to join our “bandaid of brothers”, we have 3 more Rocket Launchers Training Camps left in the season. Dec 30/31, Jan 4/5 and Jan 17/18. Sign up for one of these amazing, life changing events on the main page of our website www.armorypitching.com

I want to take a minute to wish everyone a very Merry Christmas from the ARMory. We’ll be here grinding away here on the island.

P.S. If you can’t make it to Florida, we have a solution for you. I have written a three part book and video series called Engineering the Superhuman Pitching Machine. In total it’s over 500 pages and 3 ½ hours of video that lays out our entire process from stem to stern.

Step 1: Build a Pitcher Specific Power Motor. That’s the base, and that’s what volume 1 is all about.

Step 2: Conduct a World Class Pitcher Assessment. In volume 2 I give  you a simple to use step by step guide for assessing pitchers. Any dad or coach can use this to conduct a pitcher assessment that ultimately serves at the template for training.

Step 3: Target your training to carve away the inefficiencies found in the assessment. It gives you an easy plan for taking advantage of all your significant opportunities for improvement.

You can get them all here or if you want to get them individually, just click here and find them along with about 20 other instructional videos and ebooks  in our online store.