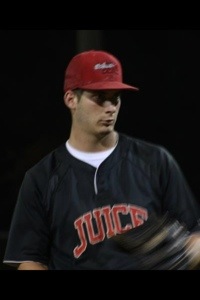 This is Tyler Danish,another member of our 90 mph hall of fame.

SORRY THIS ONE IS SPECIAL…IT MIGHT GET A LITTLE LONG.

But what if talent does work hard?

I have known Tyler Danish (TD) since he was 9 years old. Let me say that he has always been very talented…and he has always worked very hard. It’s that combination that makes him extra special.

In 2004 I coached against Tyler and his father, Mike, in the Little League 9-10 year old all star district championship game. Tyler was clearly one of the best players on the field. I love to frequently remind him that with the help of fellow Florida Gator SS Richie Martin and a little end of game trickery, we were able to beat his team 2-1 to take the title. I’m pretty sure that’s the last game I have seen TD lose.

Shortly after that game, our families became friends and his father and I teamed up to coach our sons on a 12u travel team. At 12, he was definitely the best player on the field every time we played.

But it hasn’t always been an easy road for TD. He has had to endure more than his share of hardships.

On December 27th, 2010, Tyler’s Dad, Mike Danish–his hero, and guiding light–died of cancer. At the viewing the night before the funeral, I hugged TD and was overcome with a flood of emotions. Our eyes filled with tears as I told him I understood what he was going through, and that I would do whatever I could to help him through this. You see, I had lost my father and personal hero to a heart attack when I was the same tender and pivotal age of 15. That night I went home and said a prayer asking God to allow me the opportunity to help this young man in some way, having no idea what that request would mean.

Initially, I simply observed Tyler from a casual distance but remained ready to lend a hand if I could. His mother, Charlotte, was a rock of stability as she grabbed the reigns and stabilized their family, guiding Tyler with a firm but loving hand through tumultuous times. Like many families of talented baseball players, Mike and Charlotte Danish dreamed of their son someday playing college or professional baseball. However, many kids when faced with the devastating passing of a loved one, lose their way. The trauma leaves them vulnerable to distractions, despair, and negative influences.

But not Tyler Danish.

As TD and my son became fast friends, I noticed that the tragedy seemed to ignite him. It clearly changed his life. The most notable change was seen in his renewed commitment to making every effort to fulfill the dream he shared with his parents. He cast aside a few non-productive relationships and began hanging out with the right crowd. Where he had previously struggled as a student, he began to score outstanding grades in the classroom. He became a leader in his school and on his team.

Simply put…TYLER DANISH GOT TO WORK!

He began training 2-3 times per week at The ARMory, long tossing, and he joined Chet Lemon’s Juice, one of the nation’s top elite travel ball teams.

Here’s some video of him attacking a ropes circuit at The ARMory.

And here he is last year blowing up a turn and burn.

Just last week I was reviewing video I had stored of him as an early sophomore. At that time he threw from a traditional high 3/4 arm slot, and topped out at 86 mph. He was progressing well and becoming a very good pitcher. Then one day he said “Hey, watch this.” He toed the rubber, took a short stride and standing nearly upright, violently whipped his arm through a low sidearm path. The radar gun read 87.5 and the ball sunk to his arm side and down about 2 feet. We quickly examined some video of this new motion and determined that while certainly unorthodox and unique, it appeared to be safe and efficient. He said “I think I’ll throw like this from now on.” I said “Good idea.” (I’m sometimes really smart that way).

Soon he began to carve up hitters on the travel ball circuit and his stock began to rise. He committed to The University of Florida after his sophomore summer. Not yet satisfied, he continued to work to improve his game. His velocity consistently climbed to above 90 mph, and he developed a nasty slider from that wicked side arm slot.

Under the tutelage of Coach Chet Lemon, he became a complete pitcher and received national exposure. As a product of his relentless training, he became incredibly durable, answering the bell with dominant performances in every outing.

In addition to having filthy stuff, TD is a fierce, fearless competitor who always wants the ball. This summer he received countless awards and recognition, including being named the WWBA World Series Most Valuable Pitcher and Perfect Game’s top rated 2013 right handed pitcher. You would think a guy experiencing that much success would just ride out his senior high school season and wait for the draft.

But not Tyler Danish.

Nope… Tyler Danish got to work.

Tyler has become like a fourth son to me. He speaks often of his father, and he loves it when his mother tells him she’s proud of him, as she frequently does. I am most proud and impressed with his continued drive, focus, and work ethic.

Two weeks ago I traveled with my wife, 3 sons and TD to Montgomery, TX, to visit the Texas Baseball Ranch. Coach Ron Wolforth, whom I respect and admire greatly, offered Danish some valuable suggestions and inspiration for refining his command to make him even better at the next level. I wasn’t sure how Tyler would handle the advice. After all, why would he want to tinker with success? But the answer came today.

On December 30th, when many kids were enjoying their Christmas breaks and relaxing, Tyler Danish, the top rated 2013 right handed pitcher in the country, was working.

At around 5 pm I received a call. It was TD. He was at The ARMory (he has his own key). He had just completed a 2 hour workout, and he asked if I would come there and catch a bullpen for him. Apparently he needed to work on firming up his glove side, utilizing his lower half a little better, and commanding the extension side of the plate more consistently. And oh by the way, he has “this new change up he wants to show me.”

With darkness looming, I grabbed my mask and mitt, jumped into my truck and made the 10 minute drive in 6 flat. As I crouched to receive the first pitch, it occurred to me that this kind of work ethic in someone with such undeniable talent is rare. I was honored that he called, and the significance of the moment did not pass me by. The idea that this 50 year old washed up former college catcher could possibly be catching a future major leaguer was pretty special.

If I know Tyler Danish like I think I do, he won’t quit until he’s in the big leagues. Even then, he’ll probably do what he always does…..he’ll get to work and get even better.

His Dad would be proud.

And in case you’re wondering, the new change up is dirty.

Of course it is.

The Dangers Of Training Corruption