A Near Fatal Mistake…A Superhuman Solution

My best friend during high school and college was a guy named Tim Jones.I met Tim when I moved to Sumter South Carolina in the 9th grade, and we had played baseball together at Sumter High School and at The Citadel. For fifteen years of my life we were almost inseparable. Before either of us could drive, we used to ride our bikes up to the Pony League field everyday to hit. Neither of us had any money but we had 7 baseballs held together with electrical tape, and two broken wood bats stabilized with nails. For batting practice, we traded off throwing seven pitches to one another, then jumped on our bikes and rounded them up.

During our high school days, Tim played second base and I played shortstop. Most people considered me the best prospect from our team. Tim never batted over .300, but The Citadel coaches saw some potential and gave him a scholarship.

Meanwhile, I went un-recruited by any colleges, so I walked on at a tiny NAIA school in Due West, South Carolina called Erskine College. We had 500 students nts and played 26 games each year I was there. The town had one blinking stoplight, one convenience store that sold heat-em-and-eat-burritos, and one gas station that sold pizzas and subs on the side. Our baseball coach was the Mayor of the town.

The summer after my sophomore year at Erskine, I told Tim I was frustrated with the program and wanted to play NCAA division 1 baseball. Tim, being the good friend that he was told me he thought I was good enough to play at his school. So I wrote a letter to head coach Chal Port and transferred and walked on to the Citadel baseball team.  I don’t think The Citadel has had very many transfers. See, when you transfer to The Citadel, you still have to go through the grueling freshman year military rituals.  Extra duties, discipline, and low level hazing from upper classmen were the norm.

I red-shirted my first year and traveled with the team keeping the scorebook and throwing batting practice. When my Junior year arrived, I had a problem. The shortstop we had was WAY better than me. It was my best friend Tim Jones.

When he got to college, Tim developed into an incredible player—an All American Shortstop who batted over .400 his senior year and was drafted in the second round by the St. Louis Cardinals. He was a fantastic fielder, a lightning fast runner, and a superb hitter. And he was mentally tougher than any guy I ever saw. No matter who we played, we always felt like we had the best player on the field on our team.

Tim Jones is the reason I became a catcher. It was a good move. I loved it and eventually became an Academic All-American at that position.

Tim played in the major leagues for six years, but never got the break he needed to be a star. See, he was the back up for a guy named Ozzie Smith. Tim watched a lot of games from the dugout.

The night Tim was called up to the big leagues he phoned me and said, “We did it!” I couldn’t have been more proud of him. For the next six years, I was thrilled to live my professional baseball dreams vicariously through my best friend.

The day he retired from baseball in 1995, Tim called me said, and I said,

I knew he was disappointed that his pro career hadn’t turned out as well as he wanted, but I could tell he was ready to move on.

“So what are you gonna do now?” I asked.

I had an idea.

By then I had started my Physical Therapy practice in Tampa, so I told Tim to go back to school, get licensed as a Physical Therapist Assistant, and come work with me. He did just that and reported for duty in 1997. We worked together for the next 7 years.

After a year or so, we decided it would be fun to play ball together again, so we formed a company softball team. We recruited some ex-ballplayer friends from our church, and the husband of one of our staff PTs, named Colonel Jose Olivero. 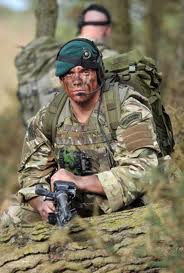 Jose was a jacked up, combat-hardened, U.S. Army Special Forces soldier with a barrel chest and arms the size of my legs. On our team, Tim played shortstop (of course), I played centerfield and Jose was the left fielder.

One game, we were playing this group of mouthy 19-21 year old long-haired punks who were talking trash the entire game.

We couldn’t believe these guys were talking junk in a beer league softball game, but Tim and I agreed that it felt good to get the competitive juices flowing again, and we started giving it right back. Jose just watched in amusement as the two teams hurled insults across field at each other.

It was a tight game with the lead changing hands several times and the intensity rising with each chiding remark.

In the fifth inning, the leader of the pee-wee punk brigade, a tall skinny dude with an earring and a tattoo on his puny right arm, hit a sinking line drive to Jose’s left. Even though he was almost 50 years old at the time, Col. Olivero was still an amazing athlete. He raced over toward the gap in left center and made a shoestring catch for the third out of the inning.

As we jogged toward the first base dugout, the punk leader who was pulling into second when he realized he’d been robbed of a double, began shouting and waving his finger at Jose.

“You got lucky old man! You guys suck! We’re gonna wear you out next inning! You’re a lucky old Mexican loser!”

Jose stopped dead in his tracks, turned slowly to face the young buck, and without raising his voice one decibel said, “I’m sorry son, what did you say?”

The young idiot then got nose-to-nose with Jose and shouted, “You heard me old man! What are you going to do about it?”

Jose just stood there with his arms by his side, looking completely calm, and both guys began a brief stare down. I had been watching the exchange as I cruised in from center field. I quietly crept up behind the young guy, put my mouth right next to his ear and whispered,

“Hey buddy. Let me introduce you to U.S. Army Special Forces Col. Jose Olivero. Have you ever killed a man with your bare hands?…..He has.”

And I jogged on into our dugout.

The young punk then apparently recognized the danger of the situation. He broke his stare, took a step back and said, “Thank you for your service.” And he walked meekly back to his own side.

For the rest of the game, we heard not a single peep from our opponents.

You see, the young punk nearly made a crucial mistake.

He forgot to conduct a thorough assessment.

Although I can’t imagine what he was thinking, he apparently had a very clear and well-defined goal, and he was going after it with great zeal and passion. However he failed to get a clear picture of exactly where he was and what the situation was around him.

And it was nearly a fatal mistake.

It happens all the time in baseball too–especially, with pitchers. Guys recognize that to get recruited at the next level they need to throw harder. They set their minds on a goal of 90 miles per hour, but they don’t conduct an assessment of their current attributes and constraints.  As a result their training and preparation become either highly inefficient or flat out dangerous.

ATTEMPTING TO GAIN PITCHING VELOCITY WITHOUT FIRST CONDUCTING A THOROUGH HEAD-TO-TOE PHYSICAL ASSESSMENT AND A MOVEMENT PATTERN ANALYSIS TO IDENTIFY POSSIBLE CONSTRAINTS AND RISK FACTORS IS AN INEFFICIENT AND POTENTIALLY DANGEROUS PROPOSITION.

If you attempt to do so, the best you can hope for is a haphazard, inefficient training plan. Without first clearly identifying your limitations, you’ll have no way of knowing what variables you need to focus on in your training. You’ll end up wasting time working on things that you’re already good at, and you’ll miss significant opportunities for improvement. 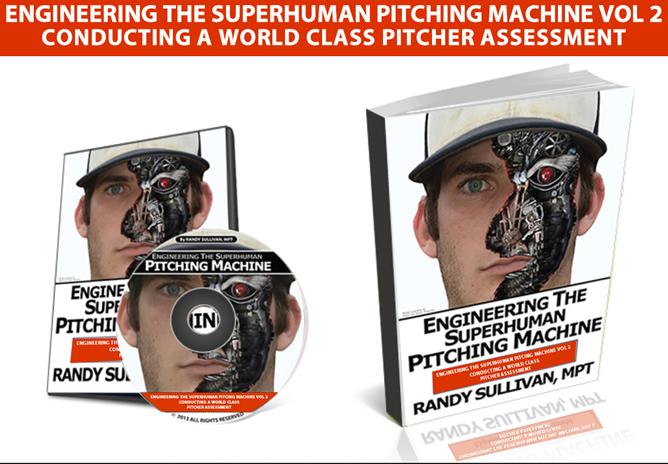 But more importantly, failing to perform initial and recurring assessments could cause you to miss glaring injury risk factors.

Before you attempt to engage in any pitching improvement program, you need to undergo a thorough physical evaluation to check for common orthopedic injuries, and physical limitations in scapular function, shoulder mobility, thoracic mobility, hip mobility, and ankle mobility. You also need to be examined for functional movement constraints, and you need to have someone perform a video analysis of your mechanics.

Unfortunately, not many pitching instructors or coaches around the country are able to conduct such an evaluation. Many are either unequipped or intimidated, thinking you need to have a sophisticated medical background to perform such an assessment.

But that changes today!

After months of research, writing, filming, and editing, I have finally come up with a coach/parent-friendly process for evaluating pitchers.

With this product, I take complex medical and biomechanical issues and pare them down into a simple, clear, step-by-step guide for assessing pitchers. I walk you through the process in a way that is easily understood and a piece of cake to implement.

When you use this information, you’ll be able to help your athletes target their training to allow them to make the most rapid improvements imaginable. And you’ll be able to identify any risk factor that might predispose them to injury.

This is a piece of the puzzle you must not neglect.

Read what one well known pitching coach had to say about it:

“This is just what I have been looking for—a comprehensive stepwise guide for conducting pitcher assessments and video analysis. Engineering the Superhuman Pitching Machine Volume 1 was a great pitcher specific motor building workout, and nowVolume 2 provides the solution to a key missing link in the process of pitcher development. We will continue to implement both.”

Here’s the 3-step process in the Superhuman Trilogy:

3)  Target your training with specific drills and exercises to eliminate constraints and take advantage of opportunities for improvement (Volume 3—coming out around Christmas).

I am offering these products on my website at www.armorypitching.com for the low price of $79 each.

And I am including over $200 worth of bonuses and a lifetime money back guarantee if you’re not completely satisfied.

If you’re serious about training pitchers or if you have a son who is a pitcher, this is a no-brainer/nothing-to-lose/must-have product.

And here for info on Superhuman 1

P.S. We still have a few openings left for our Rocket Launchers Training Camps for Dec 14/15, and Dec 28/29.  Receive a world class assessment, 2 ARMory style workouts, 7 hours of multimedia instruction and a written plan for improvement. Over $1000 in service for only $320.  Sign up now!!