What If OJ Didn’t Do It?

Avoiding Observational Bias
During the first three quarters of 1995, our nation was riveted, and unfortunately divided, by murder the trial of football legend OJ Simpson. 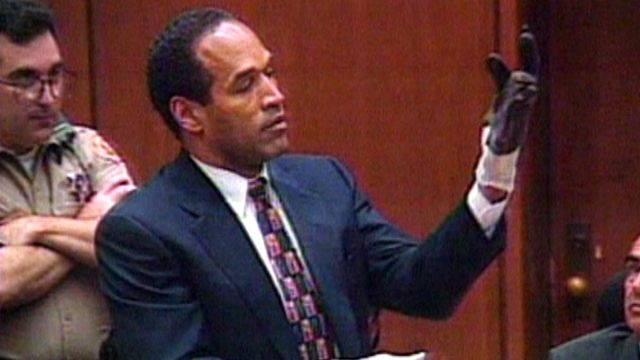 I was working as a home care Physical Therapist.
I spent my days and often worked deep into the night visiting patients in their homes, helping them recover from injury or illness.
During the trial, everyone had their TV on and it was always tuned to one thing… the trial of the century.
I did my job with one eye on the patient and one eye on the TV. I have to confess that when the trial got real juicy, those patients probably received longer sessions than normal, and a commercial break meant it was time to wrap things up and so I could get in my car and race to the next home before I missed too much. OJ’s defense team hung their entire case on the idea that by “rushing to judgement”, the police had ignored all other evidence and allowed the “real killer” to get away. The argument was pretty much hogwash.
I’m pretty sure OJ did it. But what if he didn’t? What if the LA district attorney’s office did lock onto one suspect too soon. Could their initial bias have caused them to miss crucial evidence that might have guided them in a different direction?

A few nights ago, I got a call from my friend Jim Wagner, of Throwzone Academy in Santa Clarita, CA. Jim was Trevor Bauer’s first pitching coach and is one if the brightest instructors I know.    Jim has a student with inexplicable elbow pain. The pain isn’t directly on the anterior bundle of the UCL. It’s more to the back of the elbow, near the posterior fan shaped portion. 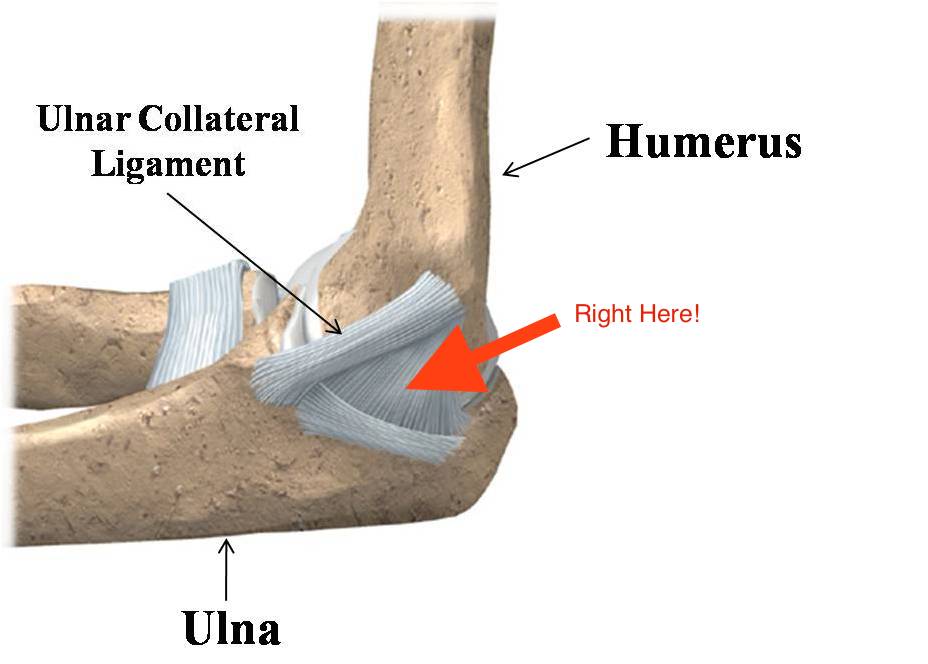 I had a similar case earlier this week. We did an evaluation on a pitcher with arm pain in the same place and found no red flags that would indicate a predisposition to medial elbow issues. Jim had conducted a similar evaluation on his guy and had gotten the same results.
My pitcher did have a bit of a GIRD, a thoracic mobility constraint, tight hamstrings, and he was graded a caution on his ankle mobility assessment. Jim’s pitcher also had a few physical constraints.

When a pitcher has medial elbow pain, the initial response for most is to look at overuse or workload as the “cause”. They usually prescribe rest as the solution. That, in my opinion, is a lazy and inefficient way to approach the problem. Many excellent pitching instructors I know would take the next step and analyze  high speed video of the pitcher’s delivery, looking for some mechanical problem.

Video analysis is important. But it’s easy to look at a video, identify a forearm flyout and say, “Aha! That’s it! That’s the reason you hurt!” I’ve often been guilty of that myself. When something jumps out at you on video, it’s usually pretty clear what’s at fault. But is it?
Just because a guy has a forearm flyout, or an elevated distal humerus it doesn’t necessarily mean that inefficiency is the “cause” of his pain.
Aren’t there lots of guys with forearm flyout that don’t have pain? As I have written many times before, most injuries aren’t the result of one“cause”. Instead, they are usually the result of a confluence of contributing variables that merge to create a perfect storm leading to tissue compromise.

So, back to our mystifying California kid, and my own patient/student here in Tampa.

Jim and I had both done thorough evaluations, and nothing was giving us a clear “reason” for the pain. That’s when I talked to Jim about a concept I learned in PT school over 20 years ago.
In Physical Therapy we have an axiom that goes like this: Always remember to treat the dysfunction, not the disease.
Sometimes…many times, you don’t get a real clear diagnosis.
In fact, in medicine there is a term for this exact scenario — ideopathic.
When I was in PT school 23 years ago, one of my instructors gave me a definition that helped me remember it forever.
Ideopathic means, the “idiots” who should know (that would be me) can’t figure it out.
But even if you can’t come up with a clear diagnosis, if you have a good enough process, you can identify dysfunction, start treatment, and then assess the results.

If you want to solve an arm pain issue you have to be willing to accept that you might not….you probably will not…find The One Thing that is causing the problem. If you take that approach, you’ll get one right every once in a while, but more often you’ll miss a significant contributor somewhere along the line.

Jim and I both agreed that the best course of action would be to focus on correcting any dysfunction we could find, and see how each guy responded. Any time we have pitcher with pain, must remember to search out an eliminateALL dysfunction.
If a pitcher has a forearm flyout, by all means get rid of it.
If he has an elevated distal humerus, get rid of it.
And if you find a hip mobility, thoracic spine, or ankle mobility constraint, eliminate them too — BEFORE they become a problem. The most important thing is to have a process to identify and correct dysfunction. If your process is good, and you execute it well, you’ll be less likely to miss contributing variables, or to chase false suspects.

Right about now you’re probably thinking, “Great, but how do I know what to look for and how to look for it.”

No need to worry, we’ve already done that work for you. We combed through the medical and biomechanical literature, and we created a simple, step-by-step guide that any coach, parent, or player can use to check for dysfunction. In this revolutionary book and video, we show you how to conduct a thorough physical assessment, a functional movement screen, and a world class video analysis. It’s called  Engineering the Superhuman Pitching Machine Vol 2: Conducting a World Class Pitcher Assessment.

And now I’ll bet your saying, “Fine, but even if I find a few things wrong, how do I know what to do about it?”

Do you hear those cavalry horns?

That’s The ARMory riding in to save the day!
Engineering The Superhuman Pitching Machine, Vol 3: Taking Action, Targeting Your Training is written in the same format as the assessment presented in SH2. Each assessment item is given its own section with 3-6 corrective drills and exercise to solve it. And the accompanying video has our ARMory studs demonstrating each one.
Assess for dysfunction.
Target your training
Carve away constraints.
Watch the magic happen
It has happened for 71 guys here at The ARMory who are now throwing over 90 mph without pain.
You could be next.
Until next time,
If Superhuman fits, you must get it!
Categories: Blog Index Tags:  arm care arm injuries arm pain Armory Armorypitching baseball baseball injuries baseball performance baseball pitching baseball training elbow injuries injury prevention pitcher training pitching pitching mechanics pitching velocity power pitching Texas baseball ranch throwzone
Previous
Everything You Need To Know About Medial Elbow Pain
Next
Chicks Dig Fastballs. It’s All About The TA!