Chicks Dig Fastballs. It’s All About The TA!

Some of the nation’s leading pitching instructors gathered on the web to discuss the importance of safe and efficient deceleration for arm health and performance.

Everyone on the panel agreed that proper deceleration is a vital part of the pitching delivery.

But there are some out there who scoff at the idea and maintain that proper deceleration is “natural” and need not be taught. These anti-deceleration advocates believe that teaching deceleration is a waste of time and inhibitory to performance.

For a long time, I really couldn’t understand that line of thought.

Your body will not let you speed up what it knows you don’t have the brakes to slow down, and poor deceleration can be a significant contributor to injury, so to me, it only makes since to work on that part of the delivery until it is mastered.

But something has always bothered me.

Many pitchers seem to begin the deceleration process too early.

A pitcher is moving super fast down the mound. The front foot lands and the pitcher gains momentum as the ball is about to be released. Everything looks athletic and explosive until suddenly, “poof!”. It’s like a parachute comes out he guy’s rear end, and all momentum ceases.

I have actually heard myself utter the following apparent non sequitur,

“I think you need to slow down faster!”

Trust me, I know that makes no sense at all, but it was all I could come up with. It was my attempt to get the athlete to continue to accelerate through an efficient finish.

So a couple of weeks ago, I was at The Texas Baseball Ranch helping with another amazing Elite Pitcher’s Boot Camp. I was watching a couple of guys work on their decel drills, when it hit me in face like the business end of a shovel.

Once again, the words get in the way!

In labeling the movement “deceleration”, could we be creating a mind-body disconnect? Might the pitcher schooled on the importance and the fundamentals of deceleration be painting a mental picture of something akin to a top fuel racer whose parachute deploys and drags the racecar to a stop? 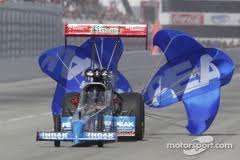 Could that be what the anti-decel Nazis are talking about?

You see, efficient deceleration isn’t really like that at all.

Instead, it’s more like an F-16 fighter jet coming in hot for a landing on an aircraft carrier, missing the tail hook, and then going full throttle into a hard banking maneuver to avoid crashing into the ocean. 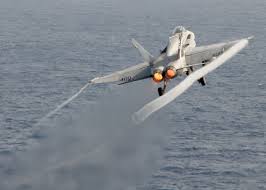 So from now on at the ARMory, we will no longer refer to the end of the pitching delivery “deceleration”.

Don’t get me wrong.

We’ll continue to work on it.

We’ll use the same drills we currently use.

That’s what we’re all about!

Arm Care Summit Part 2: Arm Action is set for Thursday, July 17th at 8:00 pm EST. CLICK HERE to get your ticket now. Hurry! We can only handle 100 attendees. We’re selling out fast!!